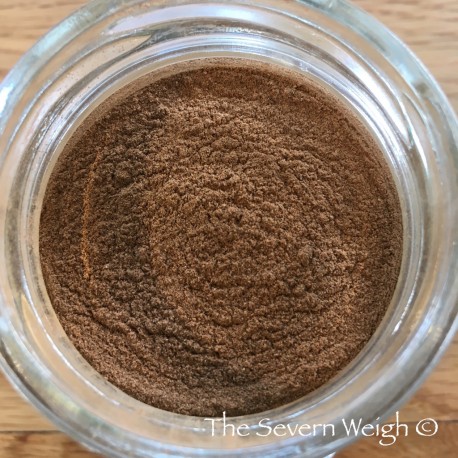 Move your mouse over image or click to enlarge

A superior Organic True Ceylon Ground Cinnamon Powder from Sri Lanka; not to be confused with the commonly available variety called Chinese cinnamon or Cassia Cinnamon.

Our organic ground cinnamon bark is the superior quality: True Ceylon Ground Cinnamon Powder from Sri Lanka and not to be confused with the commonly available Chinese variety called Cassia Cinnamon.

Ground cinnamon is a versatile spice: it is commonly used in savoury Oriental, African and Indian dishes, whilst more frequently used in the West to flavour desserts and cakes.

It is best to store spices in airtight glass jars away from sources of heat and light in order to keep them fresh and retain full flavour. Repurposing pesto jars or small jam jars are ideal for storing up to 50g of dried spice.

GMO DECLARATION: This product has been produced without the use of genetically modified organisms (GMOs) or their derivatives, nor been irradiated.

Allergen handling policies and procedures are in place through the supply chain to reduce the likelihood of cross contamination from allergens however this cannot be guaranteed.

Be the first to write your review!

30 other products in the same category: